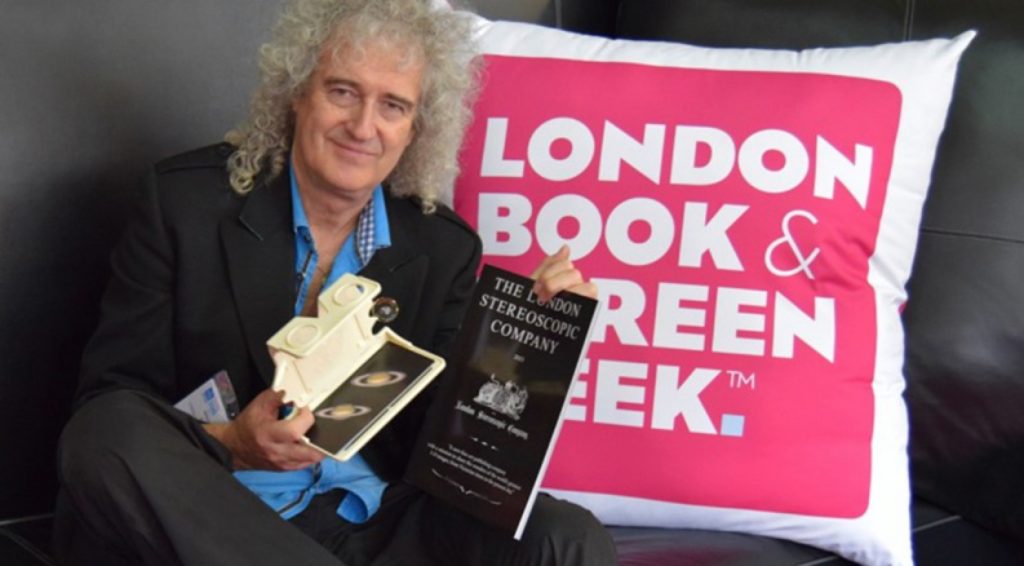 Queen guitarist Brian May and the London Stereoscopic Company are launching a series of books featuring collections of 3D images from Victorian times to the present day.

2016 will see the publication of Queen in 3D, featuring 40 years of stereo pictures taken by May himself, many of which have never been seen before.

“I had a stereo camera with me the whole time,” says May. “There’s lots of pictures of us, both onstage and off. They’re the kind of pictures you’ve never seen before, because you could never do the images justice unless they were 3D, and because they’ve been in my private collection since those times. An awful lot of history is in there, and there are onstage pictures as well: sometimes I would give the stereo camera to a local photographer and say, ‘see what you can get’. You’ll be able to see Freddie in the glory days — and John [Deacon] — and you’ll be able to see us in the present day as well, all in glorious, stereoscopic 3D.”

May first discovered stereoscopic photography — a technique whereby two slightly offset two-dimensional images are combined to give the perception of three-dimensional depth — as a child, and in 2008 revived the London Stereoscopic Company, a business originally set up in 1854 to sell stereo pictures and stereo viewers to the public. The original company faded away in the 1930s, but now restores sand republishes Victorian stereo cards, as well as creating new sets relating to astronomy and to the guitarist’s work with Queen.