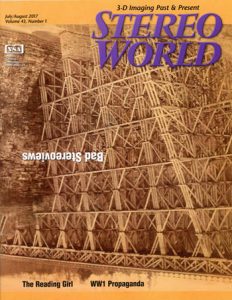 Not too many years ago, the thought of reviewing the glossy history of a rock band in Stereo World would have been simply bizarre. But when the band in question is Queen and the author is Brian May and the glossy images are overwhelmingly stereos, it’s a different story. Queen in 3-D from the London Stereoscopic Company follows the band’s story from 1973 to the present, lavishly illustrated with the author’s stereography on nearly every one of the 256 pages.

It remains a matter of amazement, despite being aware of the fact for so many years, that a key member of one of the world’s most popular rock bands is a dedicated stereo photographer, collector, researcher and publisher. Far beyond albums or radio play or digital downloads, Queen’s music has become delightfully inescapable. From movies to television to sports events to stage musicals to commercials and even illicit uses in political campaigns, some of Queen’s iconic hits can be heard frequently – often when you least expect. (Queen’s “Brighton Rock” enlivens the sound track of the 2017 film Baby Driver.) But to a select percentage of listeners, enjoying the music is accompanied by thoughts of Brian May’s articles, books and presentations delving into various aspects of stereography. 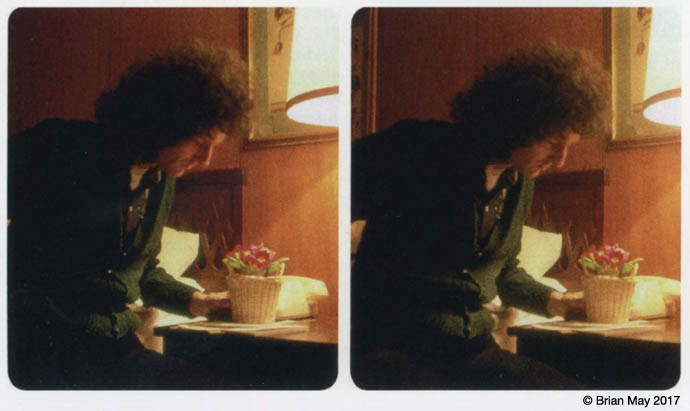 “Self-portrait and still life (!) using long cable release.  Frankfurt, January, 1979.”  What does a 3·D obsessed rock star do between concerts in his hotel room?  Here the author tries a newly purchased cable release on (probably an Iloca stereo camera.

While some of the above include a passing mention of Queen, the full fusion of 3-D with the story of the band would wait for the author’s amazing collection of personal stereos to be assembled, sorted, scanned and prepared for publication. Even a quick browse through the book reveals how much that involved. While at the most, the images are only 44 years old rather than the 150 or so years for those in the previous LSC books, many were taken under harsh concert lighting, backstage, in cluttered dressing rooms, inside vehicles etc. This makes a few less than ideal 3-D, but they nevertheless contribute to a personal snapshot element in a unique collection of images that no other rock band is likely to have.

Many Queen fans should be familiar with stereoscopic imaging, as the website BRIAN’S SOAPBOX regularly includes his work along with links to the latest publications from The London Stereoscopic company. Those who buy Queen in 3-D will find full instructions on how the stereos in the book were photographed using stereo cameras, beam splitters or the “rocking” technique (also known as weight-shift or cha-cha, but in this context, “rocking” seems an ideal term).

The above chapter is preceded by “In the Beginning,” in which the author’s interest in 3-D is traced from age 12 at the moment he slid a hippopotamus view into a mail order Weetabix (Vistascreen) viewer and was hooked for life. That exact view, from the Weetabix Animal Cards series, is reproduced along with the back of the card. Figuring out what was required, he was soon taking his own sequential stereos with a little plastic 127 camera-just the right format for contact print pairs to fit in a Weetabix viewer. Better yet, three of the small views he produced in 1959 are included along with a 2016 digitally aligned and colorized version of a shot of a young Brian May on his bike.

The coverage of early Queen albums, besides stereos of the band members, includes interesting shots of instruments, mixing boards, etc. Several of the best images are from the group’s many international tours, featuring both exteriors and interiors of venues and including set-up shots and “after” shots of littered floors.

An especially interesting one of the latter reveals Frankfurt’s historic Festhalle in February, 1979 taken, according to Brian, from Hitler’s balcony. A 1977 sequential pair of the stage being assembled in Madison Square Garden gives a great 3-D impression of the size of the place. People moving between the exposures make it possible, from the caption, to “see who’s working!”

Several pages and 15 stereos are devoted to what happens to be my own favorite Queen song, “Radio Ga Ga,” taken during the making of the video based on the famous 1927 Fritz Lang film Metropolis. The text reveals that on the recording, the onitial pronunciation of the title is “Radio Ca Ca”- easily heard when you know to listen for it. A set of views from the “Radio Ga Ga” shoot, along with two previous Queen 3-D card sets, is available at http://shop.londonstereo.com/BOOK-Q3-D.html 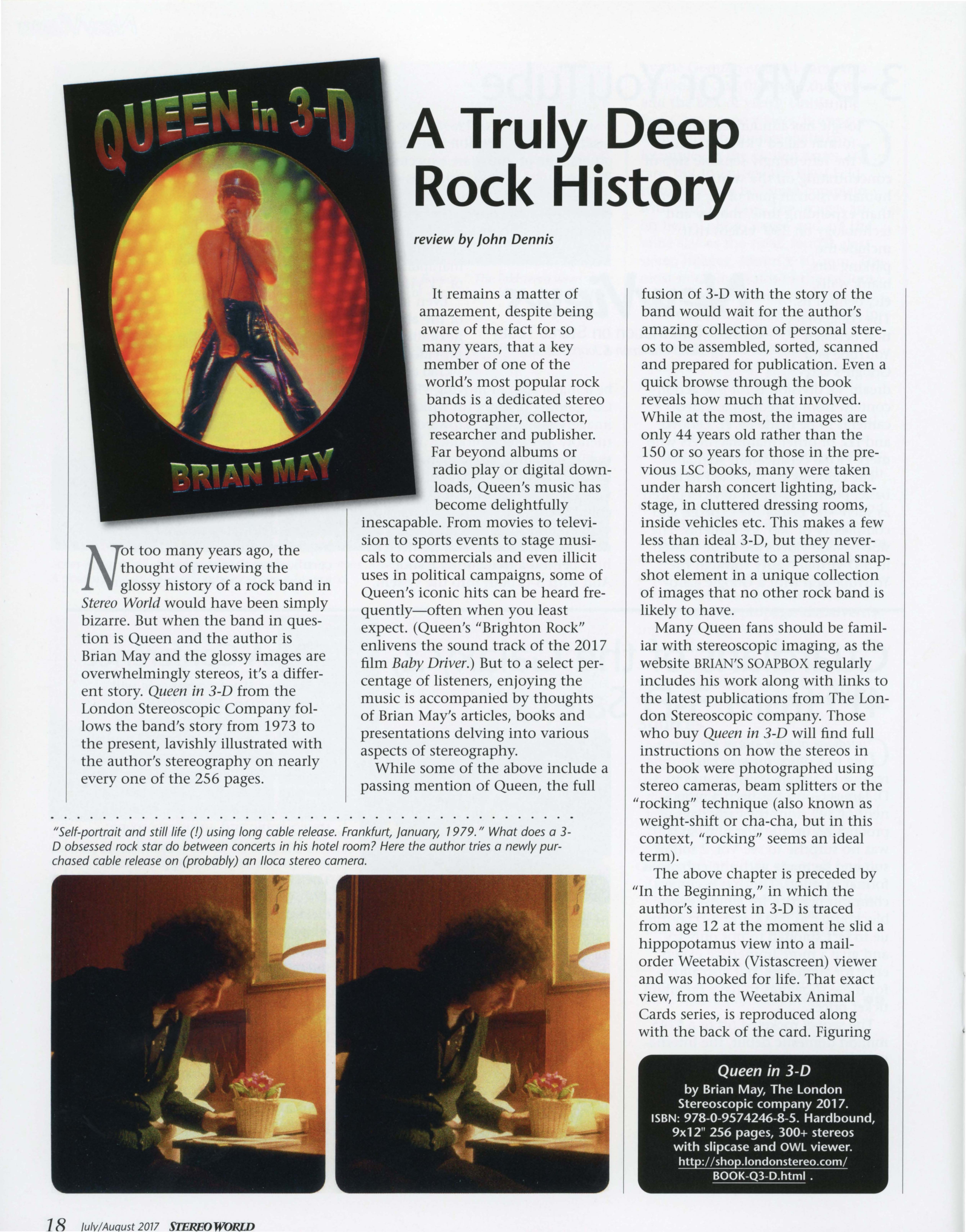