BA Magazine [British Airways] have published interview with Brian in their “My Club” section. The interview took place back in May 2017, covering touring and Queen in 3-D.

The item is in advance of a BA audio documentary on Queen in 3-D and the London Stereoscopic Company,

MY CLUB: BRIAN MAY 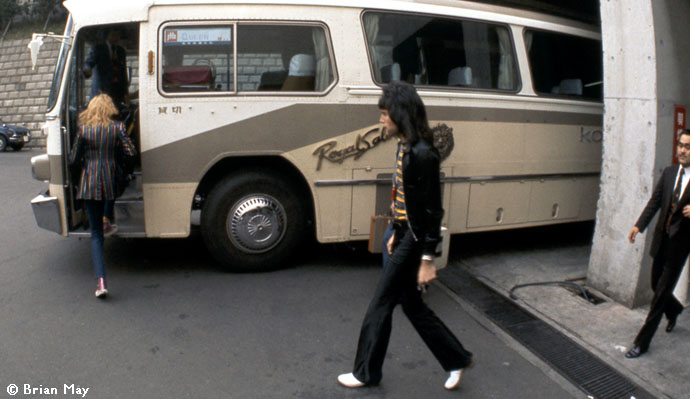 The rock legend and astrophysicist has been Queen’s unofficial behind-the-scenes photographer during the band’s tours since the 1970s, resulting in his fascinating new book, Queen in 3-D. Here, the Gold Executive Club Member talks to The Club about his bucket list destination, being inspired by Japan, and why he loves flying with BA.

How did you get the idea for your book?
I’m always taking stereoscopic photographs – I find it fascinating. The magic of 3D has been with me since I was a kid, so I always snapped away on tour, in dressing rooms, on boats and on planes, but it’s only recently I’ve thought to share those photos. In the end, it was hard to know what to leave out. Every picture has a memory.

Where have you toured the most?
We did long tours every year in the USA during the 1970s. It was the centre of rock music at that time. We were just kids from London, we hadn’t seen anything like it, especially Kansas City. The cars were massive and we were in a cowboy town – it was mind-blowing.

Most inspiring place you’ve visited?
Japan was inspirational for us and it was unexpected because the previous generation had been at war with the Japanese, and that was still very much a present memory. We had a massive connection with the people – we turned into a real rock band in Japan. Unlike most bands who would just stick to Tokyo and Osaka, we toured to Kobe, Hiroshima and Nara. I love the gardens, the temples, the whole way of life.

Where is on your bucket list?
Antarctica, to meet the penguins and take in their culture – and, of course, visit the International Space Station (pictured). I’m lucky to have toured pretty much everywhere, apart from Russia and China. 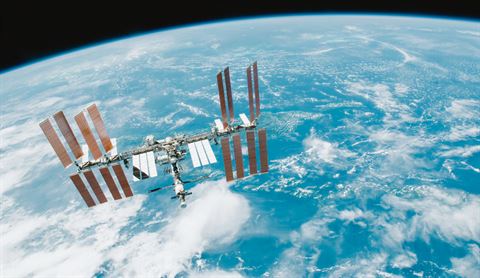 How do you balance touring with visiting a new destination?
I try to do it all. You have a limited time to explore a wonderful place you’re probably not going to visit again for another couple of years – or maybe ever. My tip is to go up a tall building because you can get a good feel of a city from the highest vantage point. But we’re not tourists and there to visit museums – we’re there to meet and interact with local people.

What do you love most about travelling with BA?
The staff are always friendly and happy to help – nothing is too small for them. The service really stands out.

Queen in 3-D by Brian May (The London Stereoscopic Company, £50) is available worldwide. Queen will be touring Europe, Australia and New Zealand from 1 November 2017 (queenonline.com)

Listen out for a new audio documentry with Brian May, which will be aired onboard flights on High Life Entertainment in the not-so-distant future.