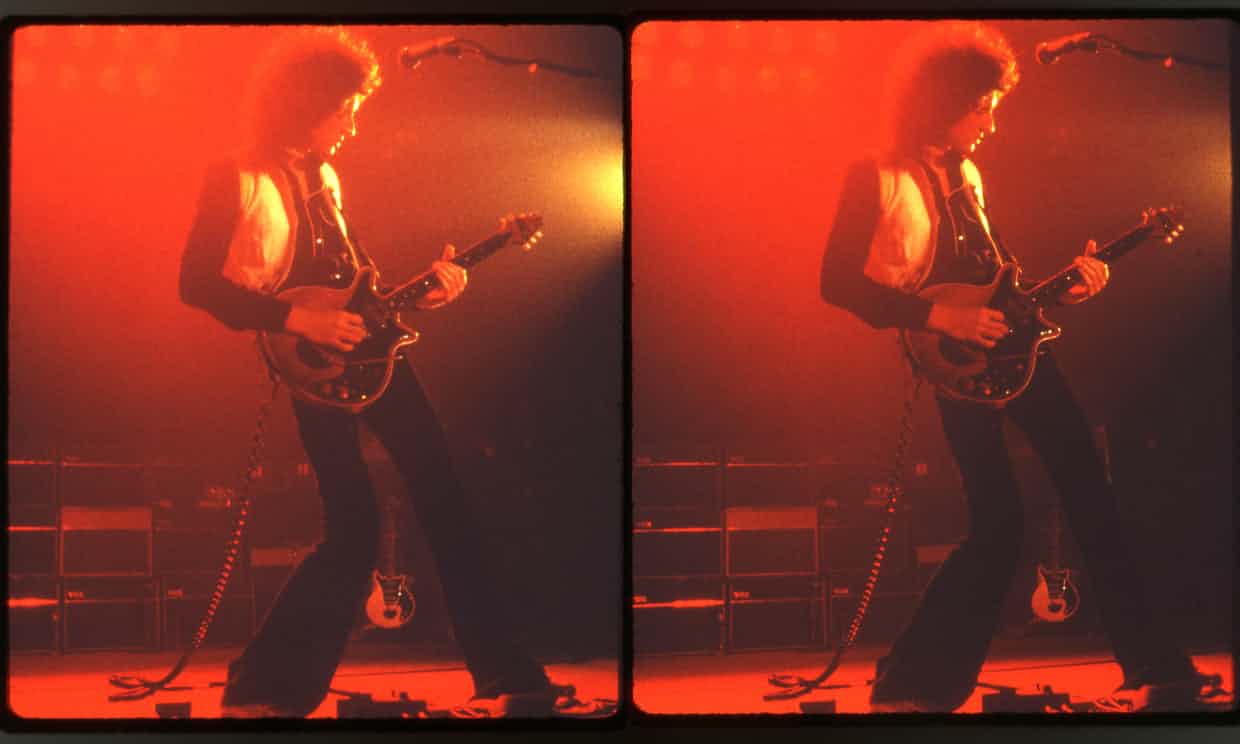 Even those who weren’t alive 40 years ago when Queen’s sixth studio album was released will feel something like nostalgia when they see images of Freddie Mercury drenched in golden light and Brian May linking arms with a slightly anxious-looking robot.

Released on 28 October 1977, News of the World became the band’s biggest studio album, selling more than 6m copies and going four times platinum in the US. The two most famous tracks, We Are the Champions and We Will Rock You, continue to be blasted out at sporting tournaments and wedding receptions. ? 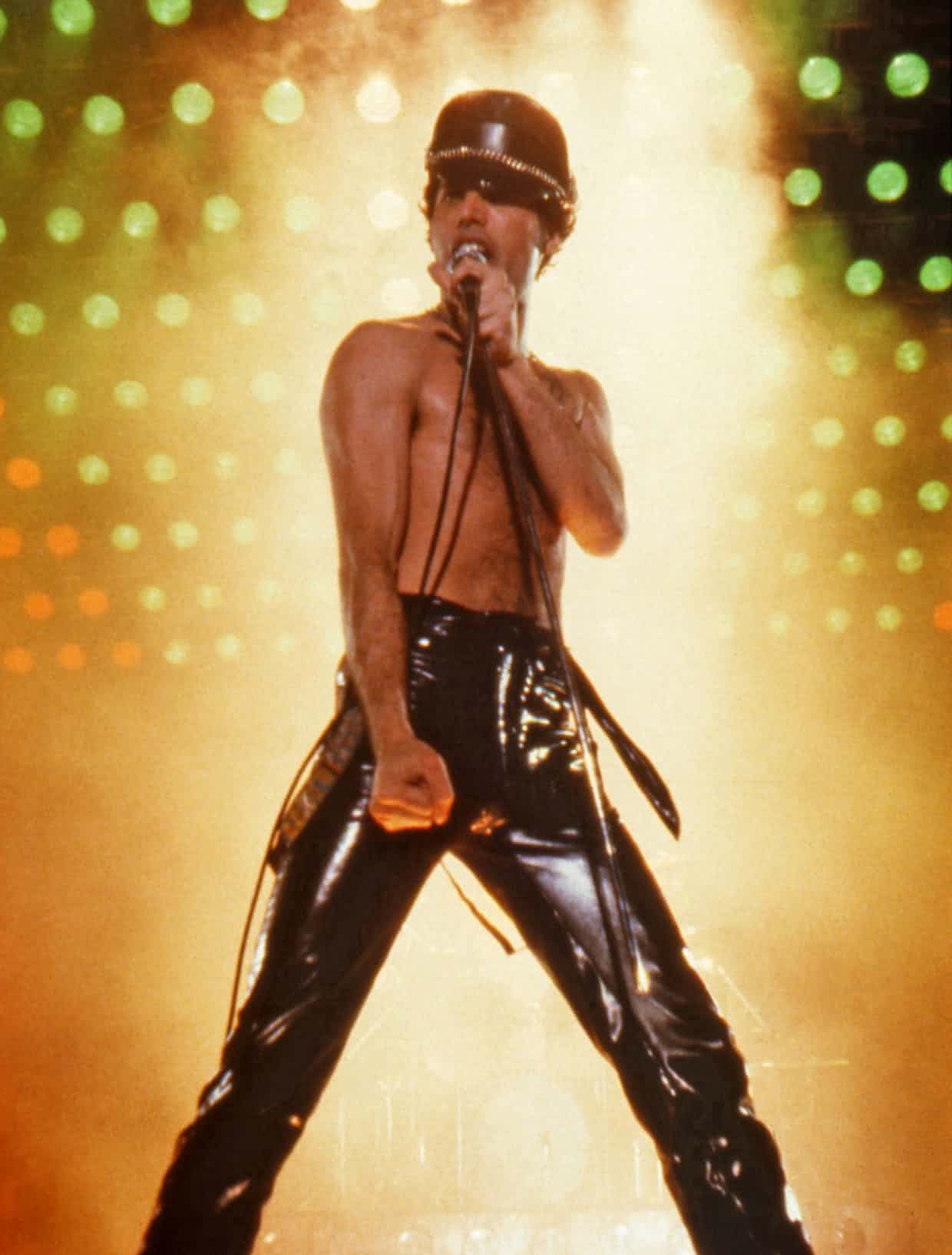 Freddie Mercury from the the Queen in 3-D collection, taken on
Brian May’s Stereo Realist camera. Photograph: Brian May

Every aspect of making and touring the album was recorded by May, mostly in 3D photographs taken on stereoscopic cameras. His obsession with such photography had him diving into flea markets and camera shops while on tour, as other rock gods smashed up their hotel rooms. He created one of the greatest collections in the world of images stretching back into the 19th century.

The guitarist has published three volumes of the stereo photographs, and the latest is the most personal: instead of country cottages with roses around the door, there are sweaty rock stars in skintight costumes, or cigarette smoke hazed-backstage areas and recording studios.

He describes Queen in 3D as the closest he will ever come to writing an autobiography. His curator, Dennis Pellerin, ransacked May’s house to find the images, most never even processed until now.

In many of the stage images, the band members are almost dissolving into the blinding light. The sweat was real: May recalls the gigantic lighting rigs they used, in the days before LEDs, as almost unbearably hot: “At the end of the night, every light pointed out towards the audience, so they got roasted as well.”

Mercury, regarded as one of the most extraordinary vocalists in rock history, died of an Aids-related lung condition in 1991, aged 45: the modest terraced suburban house in west London where he first met Brian May was marked with a blue plaque last year.

The robot that starred on the News of the World cover not only survives but has come out of retirement for the surviving band members’ latest tour.

“Revisiting our friendly robot (whom we call Frank after his creator, Frank Kelly Freas) was a trigger for me to introduce the idea of inviting Frank to perform on our current tour,” said May.

“He opens the show by smashing his way out of the stage enclosure, and reappears at various points, including a sequence where his giant hand lifts me into the heavens for the guitar solo. 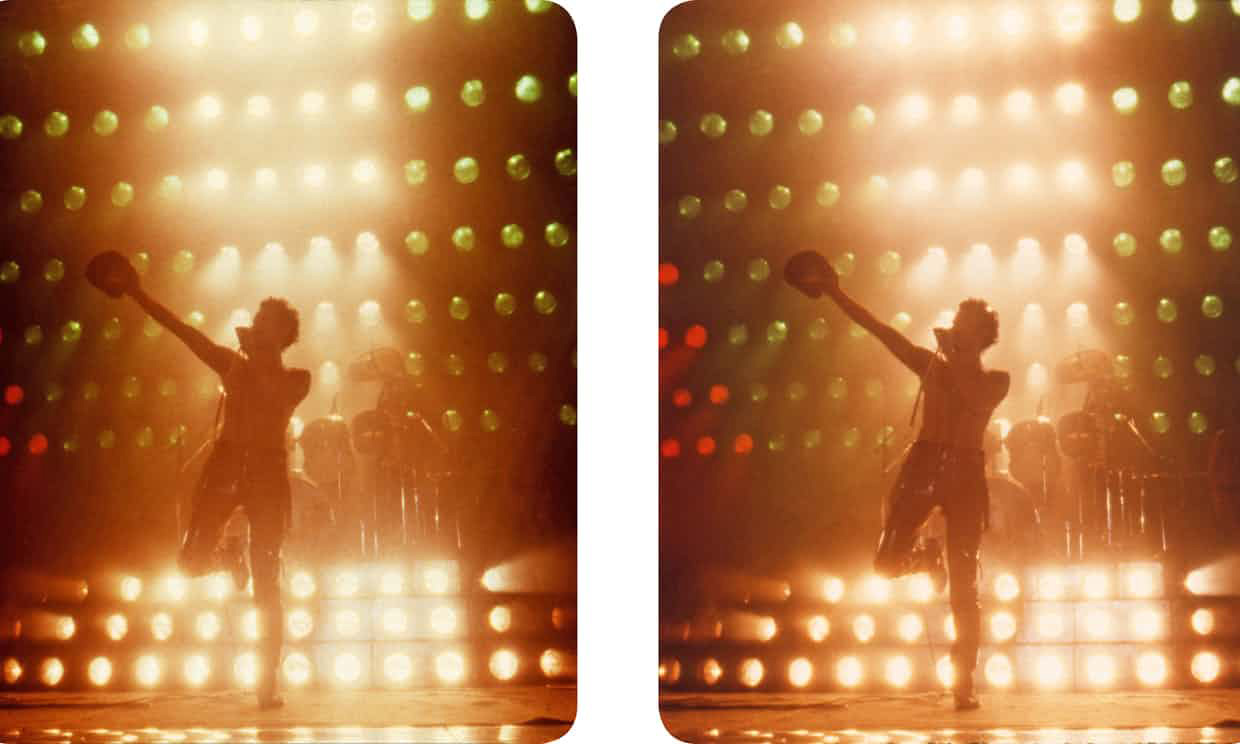 Another picture of Mercury taken by May. Photograph: Brian May

“Am I giving too much away? Well, no … it’s all over the internet because we incorporated these ideas on our tour in the USA a couple of months ago. However, we will be changing things around a little for our upcoming European dates, and we still have a couple of surprises up our sleeves.”