Launching “Queen in 3-D” to the Press in Ireland, The Irish Times carries an interview with Brian May.

THE IRISH TIMES
As they play the 3Arena, Queen’s lead guitarist talks about his passion for 3-D photography and his book of band images
24 November 2017 by Ronan McGreevy 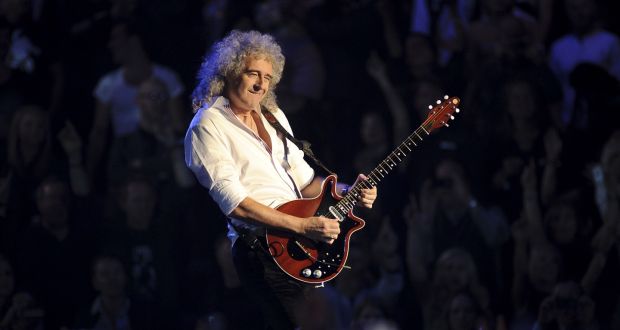 Brian May of Queen at the Odyssey Arena in Belfast in 2011. Photograph: Ian Gavan/Getty Images 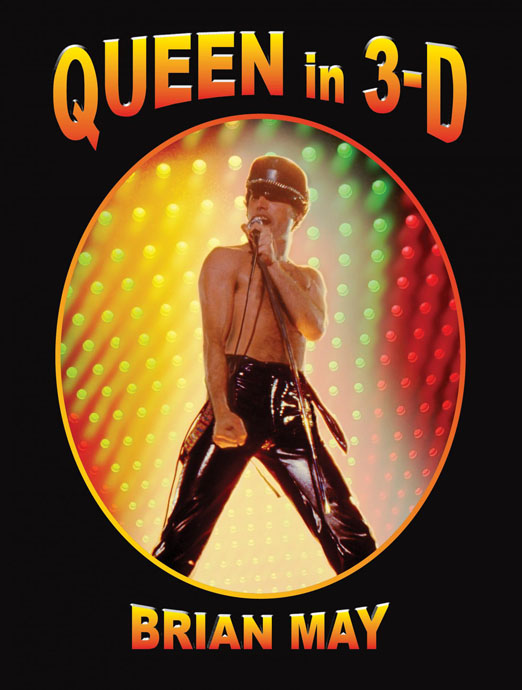 The cover image of Freddie in his prime was taken by my friend Neil Preston with my camera. You can se.e every vein and every bead of sweat. I just love that. It’s so real

Some people will find it unusual that Queen in 3-D is the first book penned by an original member of Queen.

BRIAN MAY:
Yes, it is true. I’m very proud of it. I never thought it would grow to what it has become. I love just holding it and playing with it and seeing the reaction that people have when they look at the pictures in 3D. It’s very rewarding.

The book is semi-autobiographical as the photographs seem to evoke memories of the past.
I wasn’t sure my memory was very good. If you ask me what I did in 1981, I probably can’t tell you. When I look at these stereo pictures, it evokes such strong feelings and emotions and memories. Every time I looked at a picture it brought out a story. That’s the genesis of the book.

Is there any photograph in the book in particular that brought back powerful memories?

Yes, particularly the one of Freddie doing his make-up. I had no idea that it was in my possession. It was on a roll of film which I had exposed and had processed.

In those days you had to send things away to be processed, but I had never mounted the film and put it in the cardboard mouse to view it in 3D.

My colleague and archivist had found it in a box which had been squirreled away in a drawer. I was shocked to see it. It is one of my favourite photographs of Freddie Mercury and one of the most unguarded. It was really a lost treasure.

Sometimes I wouldn’t get very much, but, occasionally, in the hands of somebody who grasped the concept, I would get something great.

After a while I finally tweaked that it was best to get it to a professional. The cover image of Freddie in his prime was taken by my friend Neil Preston with my camera. You can see every vein and every bead of sweat. I just love that. It’s so real.

The book in its entirety would suggest that Queen was a great adventure. Was it a wonderful time for you and the band members?

It still is. We are playing shows that are bigger than we ever played and the reaction has been astounding. I feel fortunate we have this incredible adventure in our lives.

Some of those days got pretty black. The studio was always a hard time. We were chiselling out a new direction. In each one of our minds that direction was different. It was hard. Every note was fought over in many cases. I can’t say it was all bad in the studio, but there were days.

A lot of people assume 3D is a new invention, but it has been around since the dawn of photography. How common was your interest in 3D photography in the 1970s and 1980s?

It still isn’t common actually. We’ve all seen Avatar now and How to Train Your Dragon so we know what 3D is, but I still find myself having to explain what stereo photography is which surprises me because it is such a beautiful, wonderful, evocative thing.

Ever since I was a kid and I first saw a 3D hippopotamus, I couldn’t understand why people don’t it all the time because it is thrilling to see things in 3D. I still get off on it. I still get absolutely thrilled looking around me and seeing things in 3D. If you look at my Instagram account, you’ll see lots of 3D pictures from yesterday and today. It is still alive and in me.

You designed the owl viewer which comes with the book. Can I assume your background in science (he has a PhD in astrophysics) and the fact that you make your own guitars helped in that regard?

Yes. I’ve always been somebody who would like to make things and invent things. I didn’t invent stereo photography, but I did design that particular viewer because there wasn’t a modern equivalent of the stereoscopic viewers that were around in Victorian times. It is exactly based on those principles. It is still the best form of 3D you can get and it doesn’t give you any eyestrain or headaches. It also insulates you in your private world which I love. It is one of those things that transports you.

You’re coming to Dublin on Saturday night. What can the fans expect?

This is the most ambitious show that we have ever tried. There are about nine months’ thought and action gone into it. We were a little laissez-faire in the past, but this time we have planned everything and there are some great ideas based around revisiting the album News of the World after 40 years ago so the robot we call Frank is making an appearance, but I won’t tell you any more than that, but there is a lot of fun in this show.

It is almost a filmic production, but the base of it is us playing our music. The music is, as ever, live and dangerous. It doesn’t have any backing tracks. You get the mistakes as well. You get everything unfolding in front of your eyes.

Queen in 3-D published by the London Stereoscopic Company is available priced €60. Queen and Adam Lambert play the 3Arena on Saturday night