FEATURING PREVIOUSLY UNSEEN 3-D PHOTOS CAPTURED BY THE ROCK STAR WHILE ON THE SET OF BOHEMIAN RHAPSODY, THE MOST HIGHLY ANTICIPATED FILM OF THE DECADE 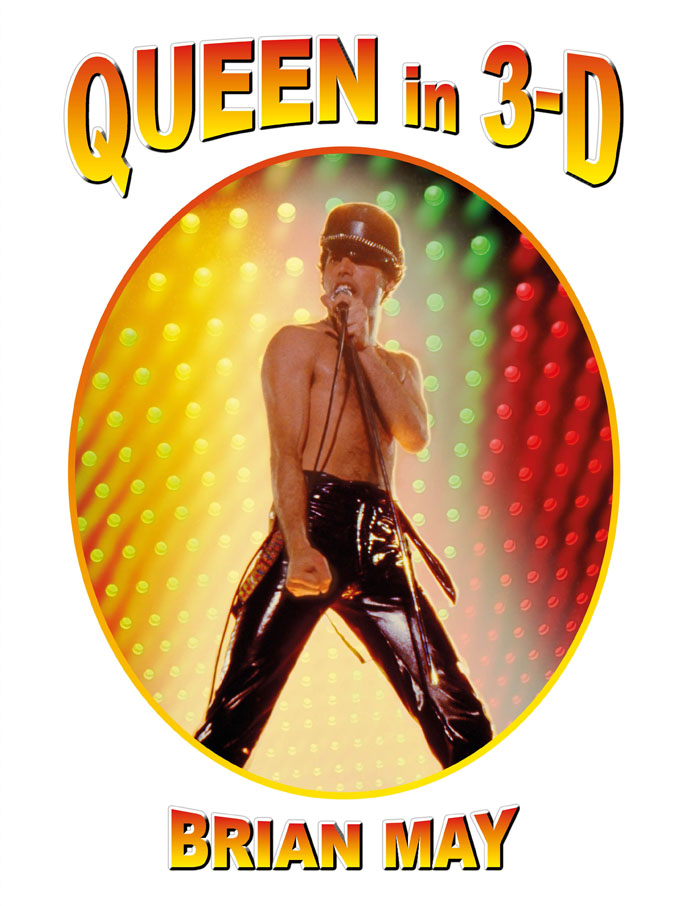 “Happily we sold out of the first edition, so reprinting has given us a chance to include some extra brand new behind-the-scenes 3-D pictures taken on my Fujifilm 3-D camera during the shooting of BOHEMIAN RHAPSODY the MOVIE. They show the four brilliant boys who played the four of us (Queen) in the film in action, plus Lucy Boynton, and some interactions with the old boys themselves !!”
Brian May

Praise for Queen in 3-D

Many books have been written about Queen, but Queen in 3-D was the first intimate view from the inside by a founder band member; it was also the first history of any rock group ever to be created in 3-D. Not only did Brian May write the book (no ‘ghost writer’ here), but the 3-D illustrations were all captured with Brian’s stereoscopic cameras, mostly by the man himself.

From an early age Brian would travel with a stereo (3-D) camera in hand, so on Queen tours and during recordings he was able to capture rare behind-the-scenes moments of one of the world’s greatest rock bands. Some of the photographs had not even been fully processed until the book was in the making. The pictures were taken on stage; others behind the scenes, including informal shots taken on the road and during leisure time, giving close- up glimpses of the band as never seen before. Decades later these were shared for the very first time when Queen in 3-D published last year. It became an instant bestseller. Initially thought by Brian to be a quick job, this project turned into a labour of love for May and his team which spanned three years. Each time the book seemed to be close to completion, more 3-D photos were found in forgotten hiding places, prompting further memories and filling in the gaps in the narrative.

AND now, a year later, Brian has created more thrilling images to add to the band’s history and they are shared for the first time in this second edition of Queen in 3-D. Visiting the Bohemian Rhapsody set, Brian had his stereo camera to hand, and snapped away, capturing many intimate moments in the making of the forthcoming film in stunning 3-D. As with the first edition of the book, Brian narrates the stories behind each of these additional photographs through a lively, engaging prose, drawing the reader deeper into the image, the time and the space.

This is an important book, not only capturing the very essence of one of the world’s all-time greatest bands, but also exploring glimpses of the culture, politics and atmosphere of the many territories where Queen performed. Brian has created a text that chronicles changes in the music industry alongside major changes in the history of the world.

Bound in hard covers, this edition includes Brian May’s high-quality LITE OWL stereo viewer embedded in the backboard of the book, that will bring the captivating images to life. This new slick design from Brian is so small, thin and light that it can be slipped into a pocket or worn round the neck with a cord so that it is always at hand.

About the film, Bohemian Rhapsody:
Bohemian Rhapsody is a foot-stomping celebration of Queen, their music and their extraordinary lead singer Freddie Mercury. Freddie defied stereotypes and shattered convention to become one of the most beloved entertainers on the planet. The film traces the meteoric rise of the band through their iconic songs and revolutionary sound. A 20th Century Fox release, opening in the UK October 23rd and across the world November 2nd. www.BohemianRhapsody.com

About the author:
Brian May, founder, member and lead guitarist with the rock band Queen, and co-creator of the international rock theatrical, We Will Rock You, is also a PhD physicist specialising in Zodiacal dust, a passionate campaigner for animal rights, and a lifelong 3-D photography enthusiast. Most recently, he has become a successful publisher, dedicated to sharing his collection of Victorian stereo photographs with the world through the books released by the London Stereoscopic Company (a recreation of the company originally founded in 1854).

About the London Stereoscopic Company:
Sometime in 1854 ‘The London Stereoscope Company’ was born. Its business was selling stereo views and viewers to the public, and they were leaders in a huge boom – a craze which swept England, Europe, and eventually the United States too, of stereo photographs of every conceivable subject, which, viewed by means of a stereoscope, presented scenes in life-like three dimensions. In a world which had never experienced Television, the Movies, or the Internet, this was a major sensation. In February 1856, The London Stereoscopic Company (LSC) advertised, in the Photographic Journal, “The largest collection in Europe, upwards of 100,000 stereo views.”

Brian’s May’s introduction to stereoscopy was as a child finding 3-D cards in his breakfast cereal. In the 1950s Weetabix gave away free coloured stereo cards in their packets, along with an opportunity to send off one-and- sixpence for the stereoscope required to view them. Brian, discovering that he could free- view them without the viewer too, was entranced, and quickly figured out how to make his own stereo views, and was hooked for life. Scouring Portobello Road market for stereoscopic items some years later, Brian discovered the intriguing Diableries cards, which stirred a special passion, which was to lead to the Diableries book 40 years later. While studying Astronomy at Imperial College, Brian became a regular viewer at Christie’s photographic auctions, at the time a rich source of long forgotten stereo views from the 1850s onwards which were turning up in people’s attics. In 2008 Brian realised his dream of recreating The London Stereoscopic Company, its aim to bring the magic of true stereoscopy to the modern world. In order to share Victorian 3-D, Brian designed his own OWL stereoscope, which is now produced in large quantities. The OWL has become a new standard around the world in stereoscopic viewing. In 2011 Brian met a redoubtable French scholar, Denis Pellerin, one of the world’s experts on French and English Photographic History. Their two passions connected immediately, and Denis became Brian’s curator, conservator, researcher, and co-author. Denis also stepped up to assume the role of editor for Queen in 3-D. The London Stereoscopic Company is now restoring and republishing Victorian classic cards, as well as original stereoscopic works on other subjects. Finally the LSC completed the picture by entering into book publishing, each new work accompanied by an OWL stereoscope included in the package. 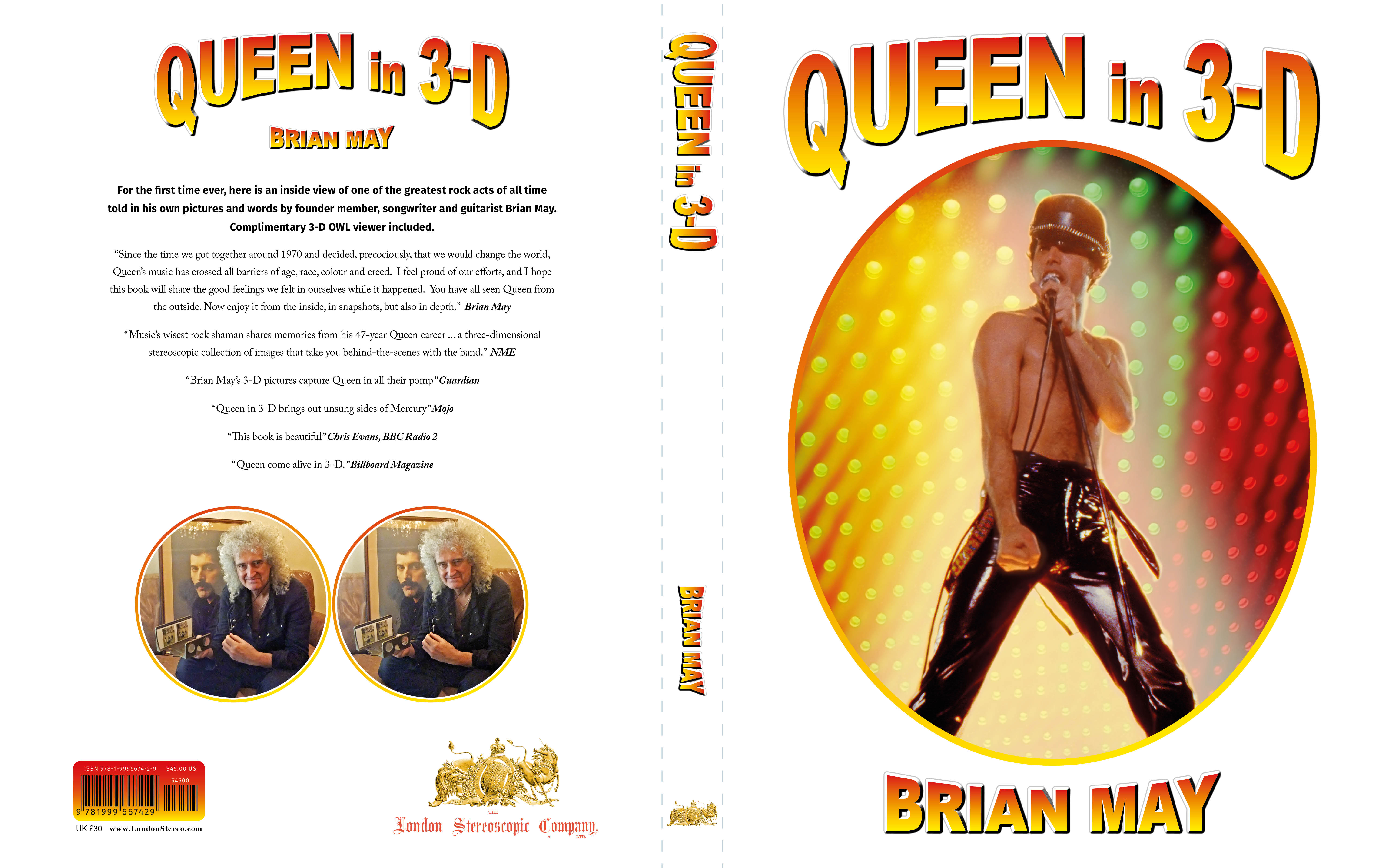 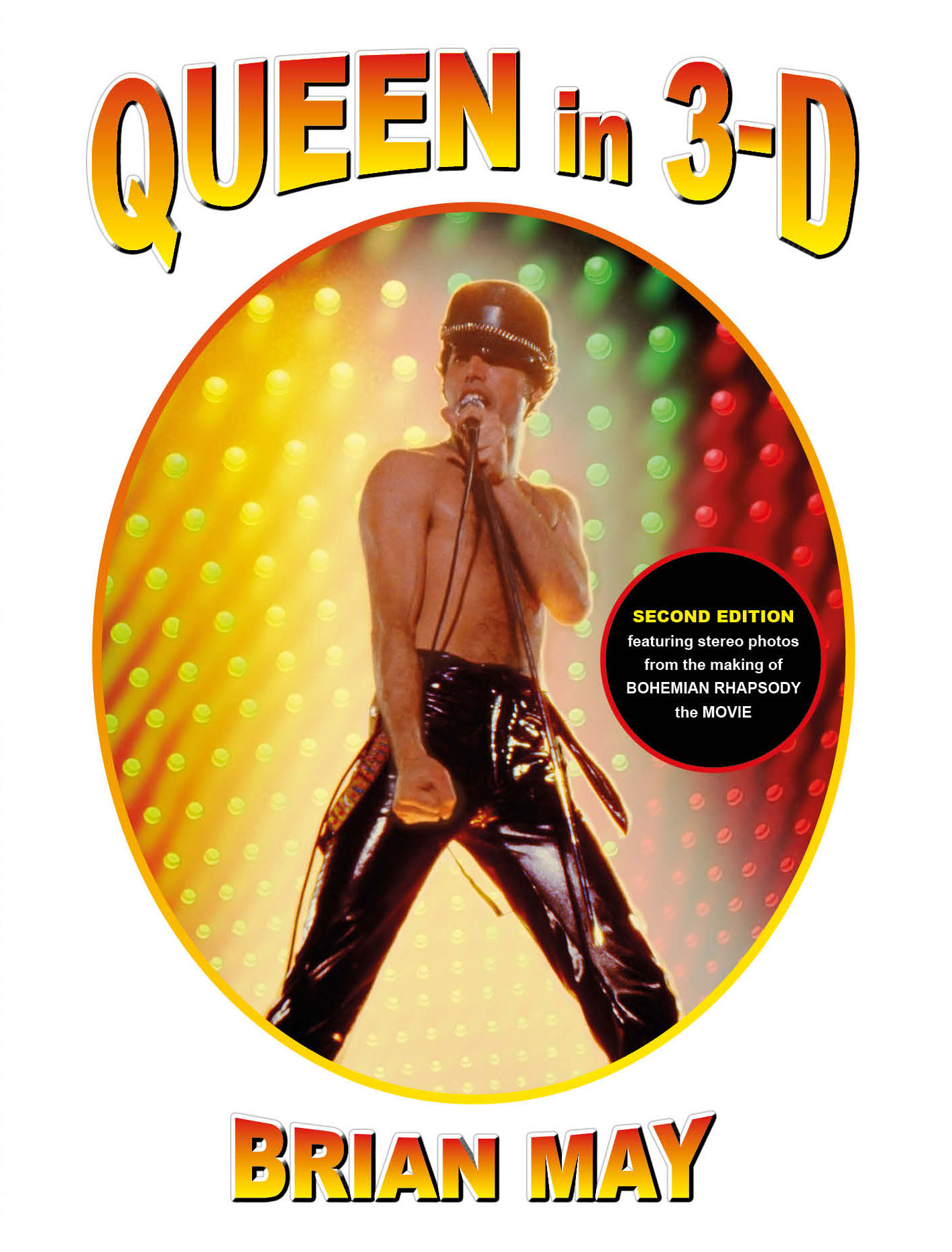